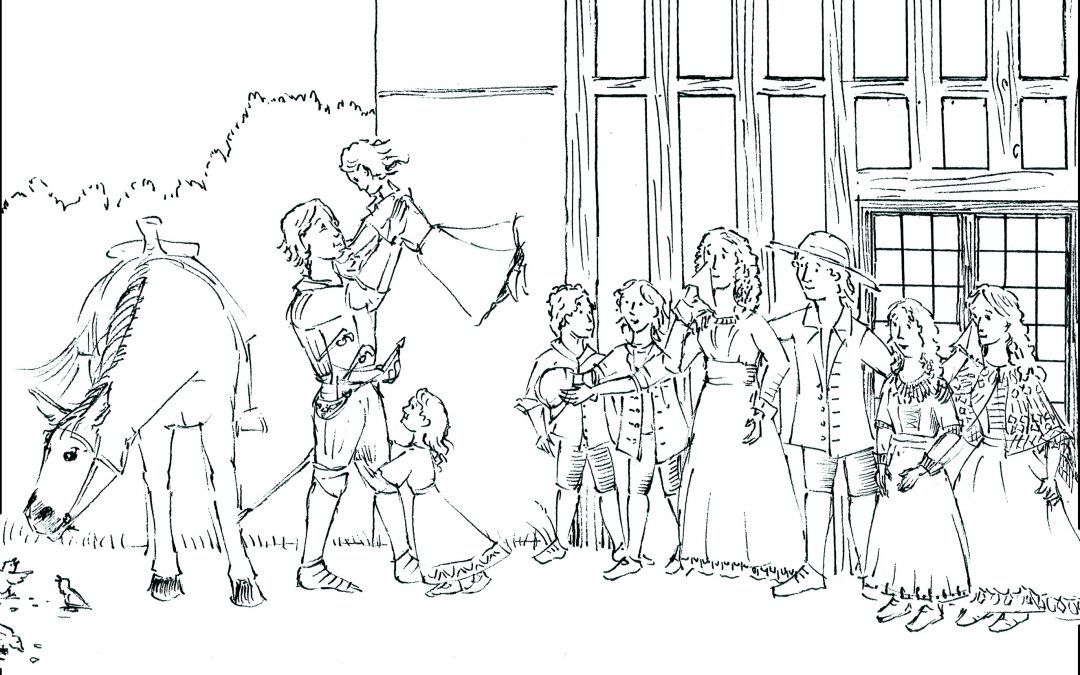 As violet tempest shakes London to its very core, Oliver Cromwell lies in his bed listening to the mighty blast of the storm. Doubtless raging the tempest brings back memories of thundering cannons and the clamor of past wars. Cromwell lays on his bed surrounded by the magnificent Whitehall Palace. Before him, lie deeds and actions that have entirely reshaped the landscape of Great Britain ahttps://storytimeillustrating.com/wp-admin/admin.php?page=wc-settings&tab=integration&section=squareconnectnd after him follows beliefs and ideas that will change the world. The society would be wise to remember who was Oliver Cromwell. Oliver was born on the 25th of April 1599 in Huntingdon and died in this very Palace on the 3rd of September 1658.

Who is this noble figure, that time seems to have forgotten and the learned choose to ignore.

What is this man’s story?

To answer these questions, we must go back in time when another storm was threatening Britain, during the reign of a bloody tyrant, a desperate civil war, and a decision that shocked the world.

Sixteen years ago in 1642, Britain was in turmoil. Charles the first, the reigning king, was determined to destroy the religious deserters in his realm, i.e., Puritans, Independents, and Presbyterians. He aspired to bring all of Great Britain under the Anglican Church and perhaps even the oppressive rule of Roman Catholicism.

Charles I continues his father’s policy to “harry them (Puritans) out of the land.” Charles even started a war with the Scotish Presbyterians in the north. Providentially, the ardent Scotts defeated the king’s poorly equipped forces. The victorious Scottish Covenanters camped at Newcastle England. The Covenanters were a pressing threat to Charles tyranny. The Scotts had gained a commanding position. They were even able to demand that king Charles pay war debts in reparation for costly war.

During this time, Archbishop Laud was violently persecuting the Puritans. He would require offenders to appear at the infamous Star Chamber. With immense power, he sentenced barbaric punishments to anyone who disagreed with the king. Laud would even have people branded and mutilated for merely writing books or pamphlets that went against his beliefs. Laud infused the church with fear and filled the land with sorrow and weeping.

Meanwhile, Thomas Wentworth the Earl of Strafford had prepared a pagan\catholic army in Ireland with the purpose of invading reformed Scotland. The Earl of Strafford went so far as to propose invading Britain, reducing Parliament and every Englishman under the king’s absolute despotism.

With these events in mind, it’s no surprise that Parliament refused to cooperate with Charles when he called them together. The Long Parliament which included (Oliver Cromwell) not only refused to grant King Charles I war funds, but immediately began dismantling the mechanisms by which the king oppressed his people. Parliament ordered the arrest of Archbishop Laud and Thomas Wentworth. After being tried, their crimes were made known, and the coward king signed his chief advisors’ death warrants. Charles infuriated by parliaments decisions and worried by the bitterness among the common people declared war on his own nation in 1642. Thus the first English Civil war had begun.

The country quickly divided into factions either for the king or parliament. At the beginning of the war, both sides found that they were unprepared for an organized engagement. Both parties attempted to arm the citizenry as best as they could. Parliament controlled London and most of the navy, thus isolating the king and giving parliament a considerable advantage which they desperately needed. However, the king had wealthy noblemen on his side including his nephew, Prince Rupert. Prince Rupert led a powerful calvary on behalf of King Charles. Parliament’s untrained cavalry was no match for the king’s. During the start of the war, it was all Parliament could do to keep safe London and fend off defeat.

Cromwell turns the tide of war.

Sir. Oliver Cromwell, formerly a gentlemen farmer and now a member of Parliament, sought to raise a group of cavalry to defend the Puritan cause. Oliver wanted the best horses and passionate riders. Unlike Rupert’s cavalry, he did not want men who were looking seeking self-glory or personal wealth. Cromwell chose men that possessed two rare qualities, discipline, and personal conviction. Oliver Cromwell once said, “I would rather have a plain, russet-coated Captain, that knows what he fights for, and loves what he knows than that which you call a Gentle-man and is nothing else.” In contrast to the rest of the Parliamentarian forces, Cromwell’s cavalry was nearly unbeatable. Cromwell’s men were so successful that they acquired the nom de guerre Ironsides.

King Charles, out of the frying pan and onto the scaffold?

In April of 1646, Charles surrendered to the Scottish Covenanters who eventually handed him over to the New Model Army. The Parliamentarian forces kept the king with the intent of forcing him to make concessions safeguarding the rights of all Englishmen. The armies actions were similar to the way the Armies of God forced Tyrant king John to sign the Magna Carta. However, while King Charles was in captivity, he was caught in the act of high treason, attempting to hire foreign armies to invade his own nation of Great Britain. For his afore mention crime the lesser magistrates of Parliament made the pivotal decision to acknowledge the truth that even kings are under the law. Consequentially, Parliament punished king Charles first for his act of high treason. 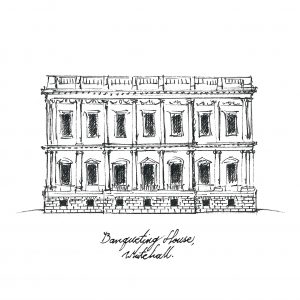 During these uncertain times after the death of King Charles, it was from Oliver Cromwell that the nation sought guidance; refusing to become their king (a position he never sought after) he chose rather to be the Lord Protector of the commonwealths of England, Scotland, and Ireland.  Cromwell would rise to the challenge to guide Great Britain through the violent storm it was going through, and by the grace of God the empire would come out stronger for it. It was only through these pressing times that the world would learn, who was Oliver Cromwell? Next week I will share about Oliver Cromwell’s reign as the Lord Protector, the trials and triumphs he experienced and the reasons Cromwell is a man that this world needs more the like.

If I’ve sparked your imagination to discover more regarding, who was Oliver Cromwell I highly recommend these following resources.

Free coloring page of Oliver Cromwell and his family.